Tried and True: Why the Press Release is Not Dead 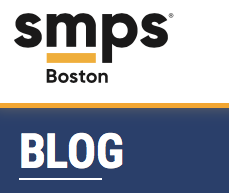 Depending on whom you ask, some say that the press release is dead. The rise of social media has encouraged some news outlets to ignore traditional press releases in favor of sourcing news, in real time, through various social media platforms. Yet, studies indicate that the majority of editors and reporters continue to pay attention to press releases as the most trusted source of company information. Indeed, the press release is far from obsolete and still serves a vital purpose in our changing media landscape. As Mark Twain famously quipped, “the reports of my death are greatly exaggerated.”

The Cision 2018 Global State of the Media Report, which surveyed 1,355 journalists from six countries on their perception of the media and communications industries, found that journalists ranked press releases and news announcements as the most valuable type of content they receive from their PR contacts. In fact, this annual Cision survey reported the same pro-press release finding three years in a row! Some survey statistics of note:

By definition, press releases are written and distributed by a company to disseminate news and information to media outlets. They follow a generally accepted format, with a headline and sub-headline announcing the “first-best-only” of the news; three or four paragraphs highlighting the who, what, when, where, and why of the story; a relevant client quote; and boiler plate of consistent company information. The press release closes with a link to the company’s website (a placement that helps with search engine optimization – SEO) and a media contact with email and phone number so readers can follow-up for additional information.

Press releases can serve several purposes, from establishing a public record of information and fulfilling regulatory requirements for public companies, to enticing a reporter with a new story idea and placing industry news in trade publications. Posting a press release to a company’s website can make the news searchable, and embedding links in the text can improve search rankings. When a press release is published by media outlets, the back links, click-through’s and referral traffic can also increase a company’s website SEO.

While the tried and true press release is a useful PR tool, the most effective press releases are well-constructed, high-quality pieces of writing that deliver valuable content. We’ll leave the mechanics of writing a press release to our next blog, but suffice it to say that a poorly written press release may get ignored, or worse – deleted – by busy reporters. When the Cision survey asked journalists how press releases can be more efficient, 45 percent of respondents said that a clearly stated news hook was paramount and 27 percent frowned upon cookie-cutter press releases thick with industry jargon. So, what do journalists appreciate in a press release? Meaningful quotes that add to the story and multimedia elements like infographics that offer visual appeal.

One compelling aspect of the Cision report drove home a point that PR professionals know well: journalists appear to value their relationships with PR professionals as they always have. Beyond the press release, reporters and editors look to their trusted PR sources to provide accurate, newsworthy information and access to informed spokespeople. A press release, sent with a smartly targeted and personalized pitch, is just the beginning of a nuanced PR-journalist relationship that benefits both parties. Long live the press release!

Susan Shelby, FSMPS, CPSM, is the president and CEO of Rhino Public Relations, a full-service PR and marketing agency focused on meeting the unique needs of professional services firms. Rhino PR offers customized services based on each individual client’s goals and budget. Susan received the 2016 SMPS Boston Marketing Professional of the Year Award, which honors marketing excellence in the A/E/C industry. Follow her @RhinoPRBoston or visit www.rhinopr.com for more information about how Rhino PR can help you take charge of your PR.