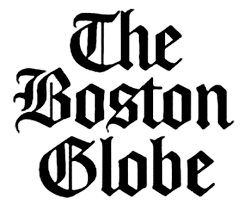 LANE TURNER/GLOBE STAFF/FILE 2015 | John Hancock is moving out of a building at 601 Congress St. in the Seaport District, making the soon-to-be vacant space hot property in a tight office real estate market.

Boston’s red-hot office market has a bit of a problem. There’s a shortage of space to rent these days.

Now, John Hancock is poised to profit from that shortage.

The insurance giant is moving out of a roughly 500,000-square-foot office building at 601 Congress St. in the Seaport, consolidating workers at its longtime home in the Back Bay. And Hancock’s parent company, Manulife Financial, is putting the building — which Hancock built in 2004 — back out on the market to lease as soon as next spring.

It’s a rare opportunity to lease a big chunk of space in a drum-tight market. And interest has been brisk, brokers say.

“We’re showing the building tomorrow to a tenant from outside the market. We had a big showing last week to another tenant,” said Debra Gould, executive managing director at real estate firm Newmark Knight Frank, which is leasing 601 Congress. “It’s very competitive.”

That competition for a rare big block of space highlights a conundrum for Boston’s office market right now. Despite new buildings popping up in the Seaport, Kendall Square, and elsewhere, there’s not much space available to rent to companies that want to grow in the core of the city.

“There’s really a gap of new construction between now and 2021 or 2022,” said Derek Losi, vice president of tenant-focused brokerage firm Cresa. “You have all this great demand and there’s just a lack of supply.”

New construction helps, but only to a point. Most new office buildings in Boston are largely leased before they break ground, with developers wary to launch costly construction without tenants in hand. While companies moving to new buildings leave space behind — like Hancock — much of that is scooped up by fast-growing companies like Wayfair. It leased 300,000 square feet in the Back Bay earlier this year.

That leaves existing space hard to come by. In May 2017, according to figures from Newmark, there were 21 blocks of 100,000 square feet or more — enough to house 500 to 600 employees — in downtown Boston. Today there are eight.

One of the city’s biggest landlords, Boston Properties, said last week that its 13.5-million-square-foot portfolio in Greater Boston is 95 percent full and its downtown buildings are 97 percent full. And when a company wanted to move out of 58,000 square feet at 200 Clarendon — the John Hancock Tower that was nearly one-quarter empty two years ago — they had no problem leasing the space right back to another tenant, through 2035.

To meet it, more developers are considering rolling the dice, launching construction on office buildings before they have tenants lined up. So-called “spec,” for speculative, development has been relatively rare in Boston in recent years, though spec office projects have recently launched at 2 Drydock in the Seaport, Cambridge Crossing in East Cambridge, and Winthrop Center downtown.

Builders of other projects, including a million-square-foot office tower atop the Government Center Garage and the next phase of Assembly Row in Somerville, say they’re getting ready to start construction without tenants if the market looks right.

Still, those buildings are years away from completion. By comparison, 601 Congress could be ready for a new tenant by spring.

And that’s keeping Gould busy. On Friday afternoon, while she was giving a tour of the building — the glassy atrium, the 14th-floor conference center with great harbor views — an offer to lease 100,000 square feet came in via e-mail. They probably won’t take it, she said. They’re holding out for a bigger tenant. The market’s so tight, a landlord can be choosy.

“There’s nothing like this on the market right now,” Gould said. “If you’re a big tenant who wants to come in quick, this is it.”