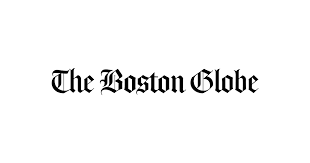 A rendering of the building planned for 225 Wyman Street in Waltham.
GENSLER

Work will start soon on a major building in Waltham that developers hope will meet growing demand for high-end office space along Route 128.

Hobbs Brook Management LLC will start demolition this fall on 225 Wyman St., with plans to build a 507,000-square-foot office or lab building on the site, which overlooks Route 128 in Waltham. It would be the largest single office building on that roadway, Hobbs said.

The firm, which owns a large office park overlooking Route 128 along Wyman Avenue, wants to capitalize on a wave of companies looking for large blocks of space in suburbs close to Boston. It’s aiming to find a tenant to fill the entire building, or a pair to split it, real estate manager Patricia Holland said.

The company probably won’t start construction until a major tenant is signed, project development manager Bradley Cardoso said, unlike a few projects lately that have launched on a speculative basis, meaning without a tenant signed on in advance. But Hobbs Brook plans to demolish a vacant 1950s-era building on the site so it will be ready to move quickly for a new tenant.

“We want to prepare the site,” Cardoso said. “Tenants lately have been coming to the table with really aggressive schedules.”

Waltham’s City Council approved the project in June, despite concerns from some residents about traffic overwhelming Wyman Street and other roads along Route 128. Office development has boomed in the city in recent years, including new headquarters for shoemaker Clarks and tech company Vistaprint, among others. Waltham added more than 11,000 jobs from 2010 through 2016, according to state data.