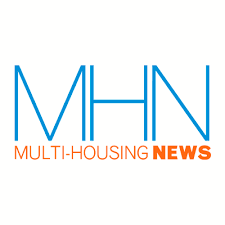 The company is developing the five-story, 42,000-square-foot building in Brookline, with a completion date scheduled for next August.

“There is always a need for more vertical housing in the densely-populated Coolidge Corner,” a spokesperson for Kaplan Construction told MHN. “The retail space on the first floor will mesh well with the heavy commercial presence in the neighborhood.”

Located at 420 Harvard St., the new development was designed by Embarc Studio and is expected to be completed next August. Kaplan Construction demolished a three-story commercial building in the space where the new building is going up.

“Kaplan Construction knows Brookline well and specializes in working on tight urban sites,” Jonathan Berit-Parkes, Aura Properties’ director of construction, said. “We were impressed with their mixed-use and multi-family experience and eagerly anticipate the completion of another successful project.”

The property—named after its nearness to John F. Kennedy’s former family home—will offer 25 units ranging from studio to three bedrooms, with a quarter of the units set aside for affordable housing. The podium-style building will offer underground vehicle parking, bicycle parking, a large outdoor patio with hard and soft-scaping and common space next to the lobby.

The building’s design, which includes brick and glass textures at the building’s base, are in line to the context and scale of the neighborhood.

When completed in August 2019, JFK Crossing will be right at the hub of one of Boston’s bustling neighborhoods, situated at the corner of Fuller Street and Harvard Street, directly across from a busy municipal parking lot. A kosher grocery stores is right next door, and there’s also a large contingent of storefronts on both sides of Harvard Street.

Some of the challenges Kaplan faced was dealing with a nearby single-family home, as well as protecting the grocery store during construction. Other constraints include mature, high-value honey locust trees and a large, high-pressure MWRA water main serving Boston on two sides of the site.

According to the Kaplan spokesperson, a modified earth retention system was developed and implemented to avoid damaging the roots of the valuable street trees and to protect the water main from underground settlement or deflection.